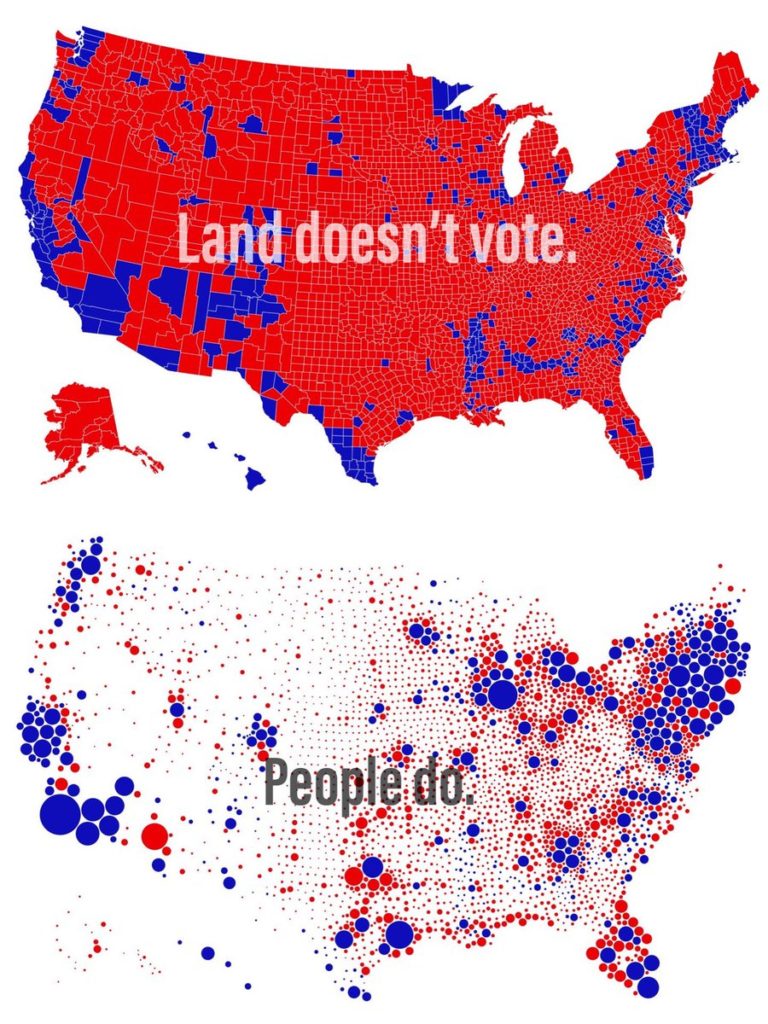 Is It Time to Abolish the Electoral College?

The Electoral College is one of the most confusing aspects of our Presidential election system. When we cast a vote for a Presidential candidate, there is a middle man between each citizen’s vote and the candidate we vote for. When you cast your vote for Biden or Trump this past November, you were actually voting for an elector who would then vote for whoever the majority of the population of your state voted for. This is known as the “Winner Takes All Method”. The state exceptions for that method are Maine and Nebraska, where they decide to split their Electoral College votes when it seems fit. The reason that the Electoral College doesn’t even out to essentially every citizen’s vote-counting the same is because each state is given a different amount of electors based on the amount of representation in congress. There are 538 total electors. That seems like it could balance out if it’s done correctly by population, right? Unfortunately, there is one small problem. There is a minimum number of electoral votes that a state can have (3), which sets off the balance of one vote weighing the same in every state in the U.S. For example, Wyoming and Washington, D.C. get the same amount of electoral college votes (3), even though Wyoming has over 120,000 fewer people than D.C. The extra citizen votes that the District of Columbia has don’t matter, they are still equivalent to lesser populated Wyoming during Presidential elections because the Electoral College votes are what matter at the end of the day. That is why you can get move votes overall but still lose the election, like Hillary Clinton did in 2016.

If you’re thinking to yourself “this is stupid!”, I’m right there with you. The reasons why the Electoral College exists are debatable, but when the country was first founded, the logic behind it was that there was no way for citizens to be educated enough about all the candidates to vote “correctly”, and so the electors were selected as a group of educated people who could help decide for the average citizens. However, the formation of political parties in the late 1700s created mass systems for promoting candidates and platforms, so this theory of not enough candidate exposure didn’t make sense anymore. In 1804, there was a convention to discuss the election process, and some wanted a direct democracy implemented, but the southern states rejected it. Why? Slavery. They believed that they were entitled to counting their slaves as part of their population even though they couldn’t vote. James Madison spearheaded a deal that would allow slaves to count as 3/5ths of a person for population purposes, and the electoral college remained the same. The south got the benefit of having more electoral votes thanks to the enslaved people, but the enslaved people couldn’t vote so the political agendas were all determined by white upper-class men. There has been a lot of talk about systemic racism recently, and how the racism built into our constitution still hurts people of color today, and the electoral college is an example of that. The system disenfranchises voters from higher populated urban areas, which often have high minority populations.

So should the Electoral College be abolished? I think so. Those against getting rid of the system argue that politicians will forget about small states that have little population and only campaign in big cities, which might be true, but that’s what your representatives in congress are for. The President is a representative of all Americans and should represent the majority’s views accordingly. When a President gets elected that did not receive the majority of the country’s votes, that person does not truly represent the values of the American people. Will we see the electoral college abolished anytime soon? Probably not. It would take a constitutional amendment to abolish it, which means both the House and Senate would have to vote a 2/3rds majority for it. With the Democrats holding only a narrow majority in both the House and Senate, chances for an amendment that would heavily favor the left are slim. It will be a while until the Electoral College is discarded, but I for one can not wait for that day to come.