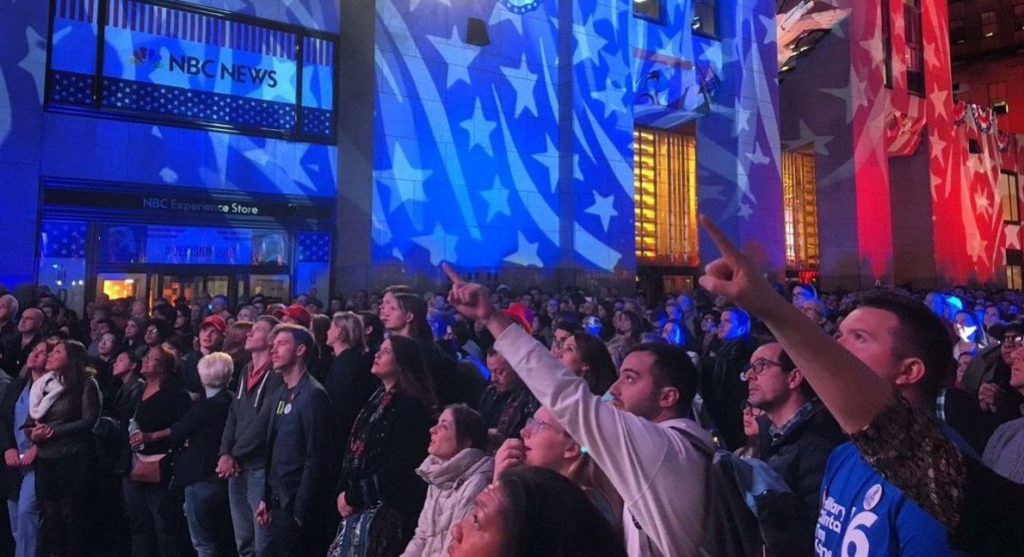 My 2016 Experience by David Traugott

I remember the first time that I voted in person. It was April 26, 2016, and I had just turned eighteen three days earlier. I was so relieved to make the cut. Like so many other high school and college-aged people, Bernie Sanders politically energized me as the race began to heat up at the beginning of the year. For the first time, I became active in politics, believing I could make a difference. So, although exhausted from having to wake up at 6:00 to get to school, when I arrived home, I threw my backpack down and rushed out the door with my parents to vote. A new power that I had never felt permeated the whole process that followed: whizzing down rural Pennsylvania roads with bare cornfields bathed in the light of the setting sun, walking into the musty basement of a tiny church that served as my polling place, and finally turning around after drawing the curtain to face the voting machine. That power buzzed around me as I, for the first time, made my voice heard.

Bernie did win in my county, but lost Pennsylvania, and eventually, the nomination. Despite my disappointment that my candidate lost to Hillary Clinton, I continued to follow the race, almost obsessively. I remember my friend and I spent that summer lifting and playing basketball at a local gym. In between sets, I would go on my phone and check fivethirtyeight.com for any kind of new information or news. Later, when I arrived on campus, I was thrilled to find so many politically-minded people, although nearly everyone that I met did not agree with my views. We all flooded the dorm lounge to watch the debates, I got involved with the college democrats on campus, and when the time came, I voted by absentee ballot.

And so the fateful night came, November 8, 2016. We watched in my close friends’ dorm room. An old lounge converted into a triple, we had ample room to sit comfortably, in bean bags. After some tense jokes were cracked, election night began. The usual: New York for Clinton, Kentucky for Trump. Alabama for Trump, Illinois for Clinton. Pennsylvania for…well that’s too close to call. So is Florida. And North Carolina. And Michigan. Hours pass. My nerves increase steadily. Florida has just been called for Trump. Celebrations begin down the hall. When Pennsylvania goes red around 1:30 in the morning, I say my goodnights and head to bed. I don’t sleep that night.

November 7 began a cycle of political disengagement for me. The nastiness that ensued on Twitter forced me to delete the app for over a year, cutting off my main source of news throughout 2016. The news that did leak through to me made it seem like the world was ending. Disillusioned and eventually numb, I sat on the sidelines. Until now.

Although my views have become much more realist and, indeed, centrist since 2016, I believe that we as a nation have come to a crossroads. At the same time, I have discovered that absorbing controversy after controversy for years means that I have developed stances that I will not only stand for, but also fight for. So why not get into politics and do just that? For me, the choice is clear in November. But when I applied to Salsa the Vote I had the 130 million (or more) people in mind who didn’t show up to vote in 2016. If I can empower even a couple of those voters to make an informed decision this November, no matter who they decide on, I will consider this Salsa the Vote experience a success. In the meantime, I will keep working hard and staying informed. You should too.

NextGrowing Up Latina by Marisa MendozaNext