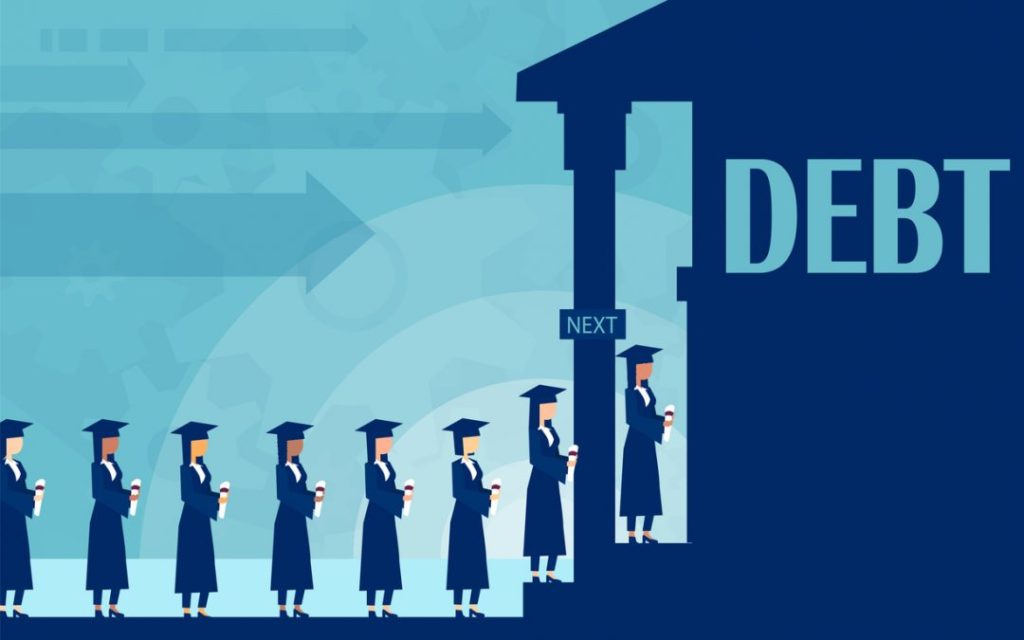 Should Student Loans Be Canceled?

Higher education is expensive, there is no doubt about it. The average public college costs an average of $26,820 per year for tuition, room, board, and extra charges altogether. These high costs have led to 70% of all students enrolled in higher education taking out some type of loan. What’s even worse about this number is that out of all students who take out loans, only 43% of them actually finish their college degree, and the average student borrower leaves school with over $29,000 in loans. This amount often grows over time due to interest and students are stuck paying off their loans most of the way through their adult life. Loans also disproportionately affect BIPOC students. Studies show that Black college graduates owe an average of $25,000 more in student loan debt than white college graduates.

Canceling student loan debt would allow millions of people to spend more money in the economy through buying houses, starting businesses, or simply supporting businesses. It is also estimated that it would create 1.5 million jobs due to the GDP influx.

It would reduce social, economic, and racial disparity and inequality. In particular, Black and African American graduates owe $25,000 more in student loan debt than white graduates.

Comparison to Other Bailouts

The United States Government bails out businesses and industries all the time, so maybe it’s time to give the average Americans a turn.

A large argument against canceling all student loan debt is that there are 200 Million + people in the United States who do not have student loans, and it would not be fair to them to cancel one specific type of debt. This accounts for people who have already worked hard to pay them off, as well as those who never had any.

Canceling student loan debt disproportionately benefits graduate students who have the most debt but also have higher-paying jobs.

Doesn’t Address the Root Cause

The reason we have a student debt crisis in the first place is the rising cost of higher education that is not being matched with higher income levels. Students will always be left in the dust financially unless we doing something to address the cost of education.

The issue of student loan cancelation is not black and white. If student loan debt does get canceled, it will need to be accompanied by reforms to higher education pricing or we will be in the same position in a few years.