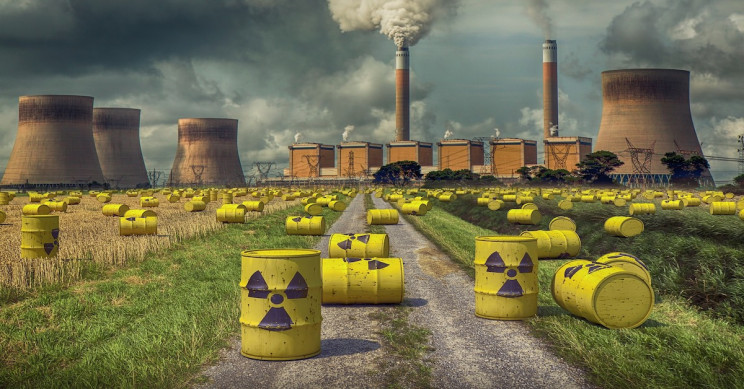 Is Nuclear Energy the Answer to the Nation’s Clean Energy Crisis?

By now, 97% of scientists and a majority of Americans are of the belief that climate change has been fueled by humans. We’re contributing to Climate Change in many ways, but the action that is causing the most harm to the Earth’s atmosphere is the release of carbon that occurs when we burn fossil fuels for energy. This includes the burning of coal, natural gas, and oil, the three of which make up 80% of the energy used in the United States on a yearly basis. That leaves only 11% of the energy as renewable, and 9% being Nuclear energy, which is non-renewable but does not pollute the atmosphere with carbon. There’s been a lot of debate over the years concerning the safety and effectiveness of Nuclear energy, and In this blog post, we will go over the basics.

What Even Is Nuclear Energy?

Basically, nuclear energy is the operation of harvesting the energy in atoms in a process called nuclear fission.Because I am just about the farthest thing from a scientist, I’ll let National Geographic explain this process in more detail “The fuel that nuclear reactors use to produce nuclear fission is pellets of the element uranium. In a nuclear reactor, atoms of uranium are forced to break apart. As they split, the atoms release tiny particles called fission products. Fission products cause other uranium atoms to split, starting a chain reaction. The energy released from this chain reaction creates heat. The heat created by nuclear fission warms the reactor’s cooling agent. A cooling agent is usually water, but some nuclear reactors use liquid metal or molten salt. The cooling agent, heated by nuclear fission, produces steam. The steam turns turbines, or wheels turned by a flowing current. The turbines drive generators, or engines that create electricity.”

Is it Clean Energy?

Yes! Only steam is released into the atmosphere during production and nuclear power plants can be built in any area and have no environmental effect on the area around them.

Why Is It Considered Dangerous?

The byproduct of nuclear energy is radioactive material which can be extremely toxic, cause burns, and increase the risk for cancers, blood diseases, and bone decay. Radioactive waste is mostly the protective clothing worn by plat workers, tools, and any other materials that have been in contact with radioactive dust. Exposed materials like clothes and tools can stay radioactive for thousands of years. A lot of the controversy surrounding nuclear energy is because of this nuclear waste. The Government regulates how it is stored and disposed of, but there are still worries of it contaminating water supplies or the air if containment methods fail.

Critics often point to the Chernobyl disaster as a worst-case scenario for Nuclear energy. A steam explosion caused a cloud of radioactive particles to be launched into the air where they contaminated the area around Chernobyl, as well as traveled through the water cycle all the way to Ireland and Scotland.

So Is Nuclear Energy Really A Bad Idea?

There are scientists on both sides of this debate, but for the most part, it seems that the United States hasn’t done the research and planning to safely execute a large addition of Nuclear Power plants around the country. There is also the downside of having to mine for Uranium, which is pivotal in the nuclear process. While it is certainly a great way to produce clean and renewable energy, I think the public is a little too wary of nuclear energy for us to make a large switch anytime soon.

PrevPreviousThe Rise of Anti-Transgender Legislation in 2021
NextHow I Got Into Politics: A Community Lover’s Passion for OrganizingNext