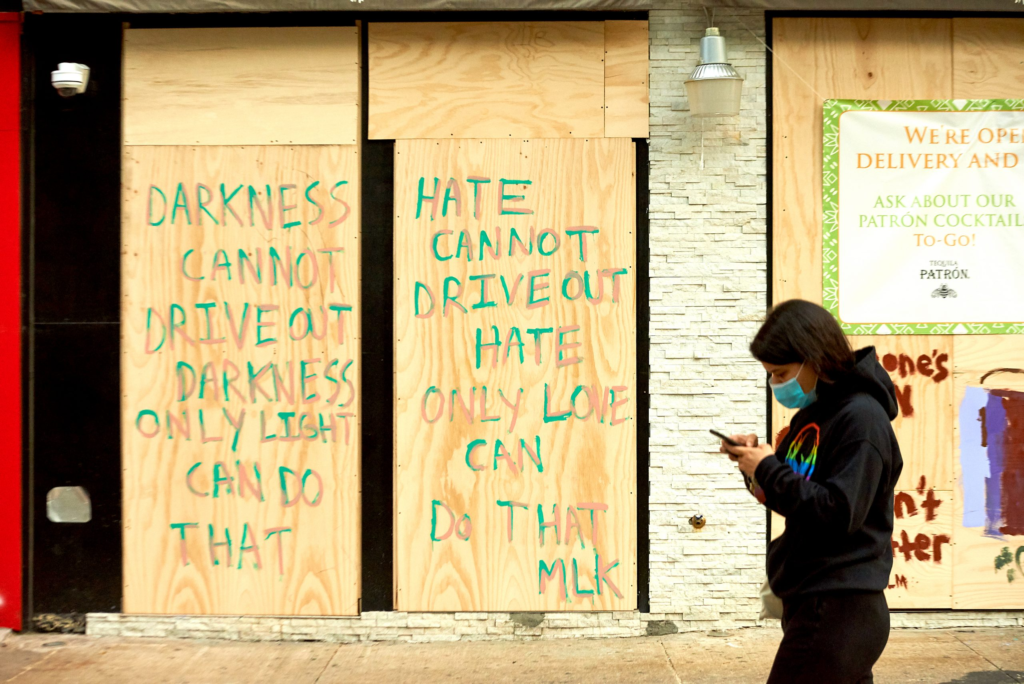 How I Got Into Politics: A Community Lover’s Passion for Organizing

For the majority of my life, I found myself caught between two different worlds: one of which my immigrant family had left behind and the one I was granted because of them. As a first-generational Latina, being at the crossroads of both sides of who I am, this became a form of struggle and burden for me. I always found myself in the middle between having to make my family proud, who risked so much for me, and having to find joy within myself because I knew that as a person of color, life was about surviving and not living. After graduating high school, and making it to college as a first-generation Dominicana from Uptown NYC, I found myself having a special position that finally put me at a crossroads of all sides of me. Because I was one of the first in my family to make it to college in the USA, I knew I was already making my family proud, and my perspective as a Dominican-American from Uptown NYC brought light to who I personally am. Through making space in a place that so many had told me I wouldn’t live up to, I was shedding light on the narratives of me, of my people, and the ancestors that came before. Through just having this slight position, I was making space for the telling my people’s narratives… and that realization sparked the light for my love for community organizing!

During my first year of college, I found myself struggling to juggle college life as someone dealing with Imposter Syndrome. I had found my awakening as a leader of my people in college, but I was still stuck on the feeling that life was meant for survival, and not truly living, as a person of color. Working retail long hours while spending nights on long school assignments create a stagnancy that pushed me for more. After furiously applying for different jobs in so many different fields, I had landed one special job that would change the course of my existence. I began to work as a field organizer for Janos Marton in his Manhattan District Attorney campaign. Not knowing what an organizer was, or what field even meant, the job felt so daunting at first. I usually thought: “How’d I even land this job?” but then I remembered, “Oh, it’s my dedication to my people.” Through these two years working in this political campaign, I took that with me for the rest of my life: it’s my dedication to my people.During this campaign, I started to work directly with my community and my own uptown neighborhood to include their voices in policy-making. It was a direct way of shedding light on the narratives of my people, learning more about my community, and our similar struggles, and the important position we bring to America. With this realization, I began to go harder than ever before for my community. Now, I found myself dedicating my position as someone in organizing and advocacy as an amplifier for my people, and so I did just that. Not only did I found myself through the advocacy of my community, but I also found my position in unlearning what life meant for me. Through community-building, I began to see life for me, to live it beyond just survival, not only for the sake of me but to let the existence and joy of my people and their people live on. With the help of my friends and Janos’s campaign team, I realized that I could advocacy for justice was not only a form of resistance for the better but was a chance at joy for the lives of many. I started to bring political statements into anything I did, within the campaign and outside of it. I became my people, and my people became me.

With this new outlook on life and my community, I prospered amongst all the chaos that happened during 2020. During this historical time, I found myself once again at the crossroads of two different worlds, but now realizing my position, it was a form of awakening for what I was capable of doing. After the Black Liberations Movement gave rise in the summer, and I found out a black man was found lynched in my own neighbrhood, the hurt and pain I felt only made my resilient spirit work harder. As an abolitionist and people protector, I began to use my experience in organizing to create protests, community events, and creative projects made for us and by us. During this time, I took my love to community-building and transformed it into community love. Now, as a leader of my Uptown community, I take this idea with me in every position I got, and I hope to keep on doing the same as a leader in Salsa the Vote.