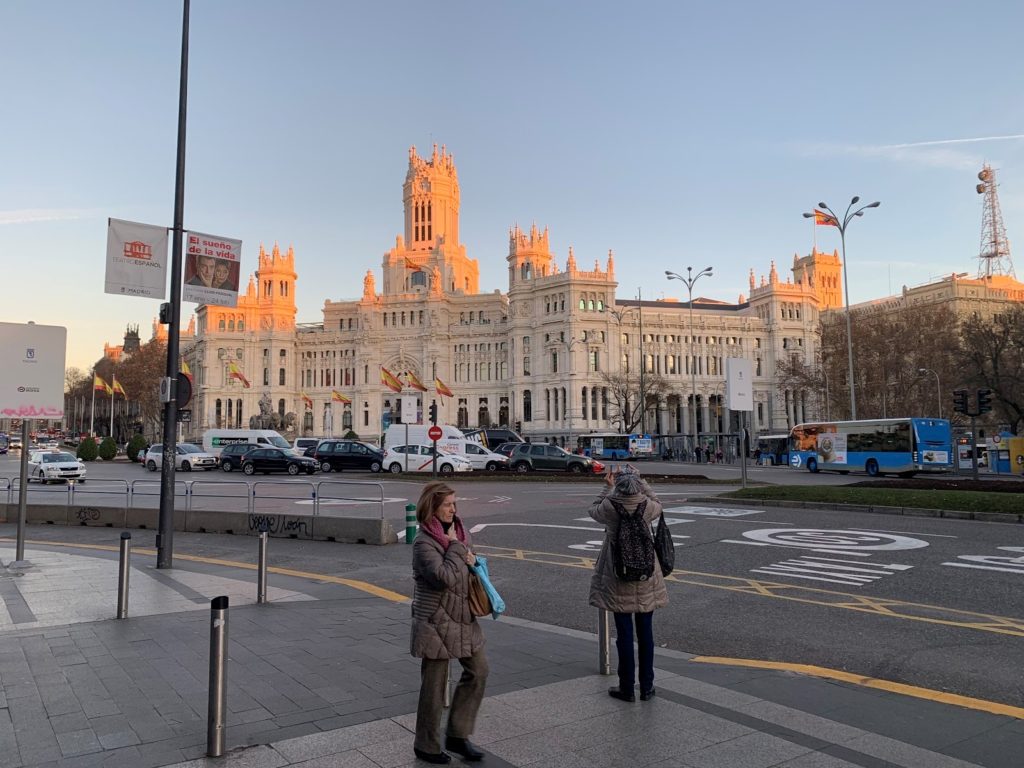 Living and Studying in Madrid

Coming from a white, middle-class background, I never really had exposure to Spanish-speaking culture prior to my start of college. But during my freshman year of college, I recognized Spanish’s ability to connect me with millions of people all over the world, and so I chose to minor in it. And when it became time to choose a study abroad destination halfway through undergrad, I opted for Madrid’s exchange program, meaning that I would essentially drop myself into Madrid with only two years of Spanish under my belt, and no university support structure. I was really serious about becoming fluent in Spanish and immersing myself in their culture. On that cold January morning in 2019 when I landed in Madrid, and began the experience of a lifetime.

Red-eyed from an overnight flight, I was lucky enough to have a Spanish friend pick me up, who had studied abroad at my university back home. He drove me into the wealthy Salamanca district, near el Parque de El Retiro, and helped me carry my bags up the stairs. When the door opened my host mother greeted me with rapid European Spanish, I realized I needed to adjust right away. I could barely understand her as she showed me around the apartment, explaining to me how she was born in that apartment—which was much bigger than the first floor of my own house—and had lived there her whole life. Although the floorboards creaked with every step and the apartment was covered in old black-and-white portraits from a family I barely knew, I grew to call that place home, as well as a place where I could practice my Spanish, both with my host mom and with the friends that she brought in to smoke and play cards with multiple times a week.

Outside of the apartment, I had to deal with lots of culture shocks. Of course, the language barrier. I remember on the first day, I had to go to the Apple Store in Puerta del Sol, one of the main squares in downtown Madrid. As I struggled to explain that I couldn’t get my SIM Card tray open, the person I was speaking with smiled, and popped it open for me: the first time I successfully used my Spanish to cross-culturally communicate with someone. As I thanked her, she simply grinned at me and said “Nada.” That moment empowered me, and my Spanish only improved as I took classes in the language, befriended Spaniards, and made my way around Madrid.

I also got swept up by Spain’s passion for soccer. I am a basketball player first and foremost, but after only a couple weeks, I got the fútbol bug. I saw multiple games at the Santiago Bernabéu, including an el clásico, as well as one at the Wanda Metropolitano, Atletico Madrid’s stadium. The excitement at those games were infectious. And during pickup games I have fond memories from Spaniards making me look silly. I know that the rest of the Latin world shares this love of soccer, and I can see why.

One part of Spanish culture I couldn’t get used to was the nightlife. I’m not a big partier to begin with, but the Spanish are infamous for beginning their nights at 1 a.m. and finishing at 6 a.m. I tried it once, and got to around 3 a.m. before I called it a night. On weekends that I traveled, I often had to wake up early, around five, to be at the subway station when the trains began running at 6. Numerous times on my early-morning journeys to the airport, I, with my coffee in hand and backpack full of clothes for a weekend excursion, rushed past those heading home after a night of partying. A far cry from the more work-oriented Central European mindset that I grew up with.

All my travels, with the exception of a weekend in Morocco, have been in North America and Europe, so I haven’t gone to Central or South America yet, not to mention the Spanish-speaking islands of the Caribbean. I hope to have authentic experiences there at some point, like I did in Madrid. My college roommate’s parents are from Bolivia, the South American country with the highest percentage of indigenous people, so hopefully I can go with him once quarantine ends and see what life is really like there. Regardless, I will forever be grateful for acquainting myself with Spanish-speaking culture during my time in Madrid and around Spain, through all of its highs and lows.