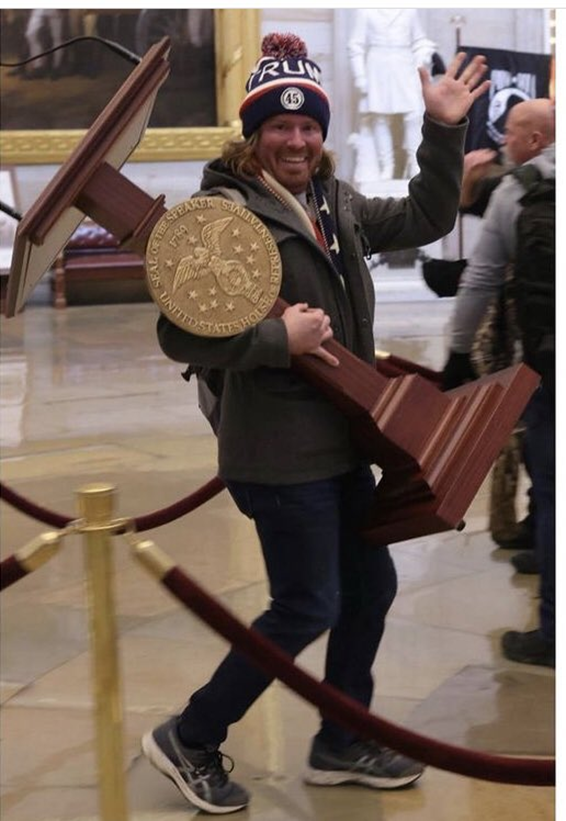 I’m an activist. Call us rebels, but believe it or not, we activists don’t and have never enjoyed being tear-gassed or shot with rubber bullets. In fact, it’s terrifying. But we go out and practice our right to protest on the streets peacefully, despite the national guard’s uninvited attendance. I had a checklist over the summer for every night we went out to protest the death of Daniel Prude, who was wrongfully killed naked on the streets during a mental breakdown by the Rochester Police Department. My roommate and I would get bundled up with extra posters, water bottles, masks, safety goggles, umbrellas, and whatever else we could find that might help, and we’d mentally prepare for what the evening would bring. When we’d start marching into town with the group, and my favorite chant sang, “Which side are you on my people, which side are you on?”. I liked it because it was the most peaceful and calming of all the popular chants and showed our unity and loyalty to one another. Some thought we were threats to the street, and rightfully so considering my cities prior experience with looting, but we’re not on the streets to cause a commotion. We went to the streets to show our support for all black lives that have been treated unfairly for years, to challenge social norms that lead us here, and to protect one another. People were shot, violated by police, and arrested for practicing their right to peacefully protest a cause that wasn’t necessarily the majority. Because BLM isn’t widely supported in my city, and around the country, we were viewed as problematic. “When the looting starts, the shooting starts.” Trump would threaten. We’re not looters, we’re activists searching for the support and social change the world needs. However, it doesn’t matter what we think or believe in because we support people of color and their needs. If it was for a Republican cause though, no problem.

Yesterday evening, armed white supremacists challenged the quote from their leader, “When the looting starts, the shooting starts.” when they welcomed themselves into the Capitol Building in DC. They broke windows, climbed walls, and threatened the safety of our political leaders as they ducked under their seats and tweeted from their point of view. White privilege at its worst. Imagine the workers in the capitol building that are people of color when the chaos and violence had struck with the support of the current president and an evident lack of rules and boundaries. Trump supporters and white supremacists have been planning this event for weeks, and where were the police? Where are the rubber bullets and tear gas when our nation’s capitol building is being broken into? Where’s the difference between this looting and the peaceful protests that happened over the summer? “I don’t see no riot here, why are you in riot gear?” we’d chant to the police ready to fight us at any moment. But it seems that looting is subjective in our land of the “free”. When breaking and entering becomes normalized enough to take selfies with the officers in the government building, why was taking a knee as a sign of protest so much to ask for? Where is the line between looting and protesting? Do you still think the blue lives matter flag is appropriate when they put on the uniform 40 hours a week to abuse and harass our country’s honor and our citizens? Or have we settled as a nation that anything supporting black lives is just a sin? All black lives matter for just as long as their skin remains dark, 24/7. Our politicians, our people, and our country are in danger and we have questions about where our country is leading us.

More than ever, we need a smooth transition of power to show the true unity of our nation. Will Donald Trump continue to egg on his relentless followers, or finally, accept his loss and sure, try to run again in 2024? Trump supporter’s “fearless leader” is so incapable of leading a country, communicating with the people, and accepting the popular vote of his citizens that his Twitter is one tweet away from being banned. What kind of leader have we been living with for the past four years? I know he’s not one that I’ve been proud of, but now on the deathbed of his presidency, he sure is going out with a bang. Quite literally for one person in the capitol building at the wrong time yesterday. Trump has led to millions of deaths within the past four years, but now in his own government building, someone is shot and killed, another stabbed. The hypocrisy is abundant and Joe Biden couldn’t be inaugurated at a better time. While his transition will be difficult regardless of Trump’s stance, his work is cut out for him all four years in office thanks to our white supremacist president. So with all the frustration, our country holds this afternoon, let’s put our thoughts to Joe Biden. Nothing is easy, and watching this certainly isn’t either.