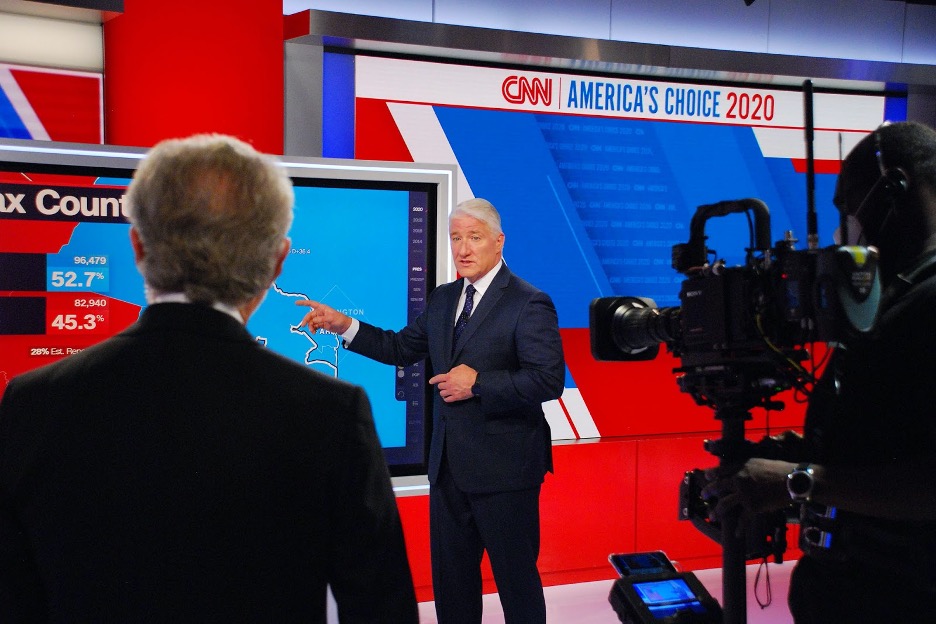 Looking Back on the Election

Despite my nerves growing steadily more haywire throughout the day, I sat down on my couch and turned on the beginning of election coverage with confidence and optimism. I remembered how Trump won the election in 2016 by taking swing states by the narrowest of margins; after four years of scandal, discord, and even death, there’s no way he does it again. Right?

The early results matched my optimism. Biden took the lead in Ohio by a huge margin, counties in Florida that had voted for Trump in 2016 began to turn blue, and as CNN’s John King pointed out, Trump’s “suburban revolt,” the pattern of suburbanites leaving Trump’s voting bloc, became evident. Maybe James Carville’s prediction of Biden winning the election by 10 p.m. would come true.

Then the tides turned. In Ohio, as it turned out, early ballots were counted first, leading to a massive red shift later in the night. Trump won the state easily in the end, by around 8%. Florida melted down too, as new found minority support for the President drove Trump a win by the widest margin that Florida has had in decades. Decision Desk called Ohio and Florida early, and flashbacks to 2016 began bouncing around in my head: the celebrating Trump supporters down the hall, the stunned pundits, that sleepless night. My hope of avoiding the waiting game that so many feared had evaporated.

The next morning I awoke and immediately checked Twitter, half thinking that Trump had won the election. The top headline: “Counting Continues in Major Swing States.” “Phew,” I thought. “It’s not over yet.” And so began days and days of waiting. I didn’t have the TV on all the time, but I was surprised at how mentally sapping the whole process was. Day after day of just one topic on my mind: when would news outlets declare the winner? The once-charismatic news pundits became dull and monotone, as they repeated the same information over and over. Watching the votes slowly tick up from the early ballots in Pennsylvania, Georgia, Nevada and Arizona day after day left me exhausted, not from fear, but rather anticipation. Would it be enough?

“CNN, the Guardian, and BBC just called the election for Biden.” I was doing homework up in my bedroom when I received this text from my father, letting me know that the wait had come to an end. I went downstairs and turned on the TV. There, I saw hope. Cities across the country exploded in celebration, as people from all backgrounds and walks of life came together to celebrate the end of the Trump presidency. I saw the beginning of a unity that we have lacked over these last four years.

We still have so much work to do. Obviously Trump will continue to attack the election results until inauguration day, along with some pretty powerful allies of his. And the two Georgia Senate races determine which party will control the chamber. But the most worrying outcome of this election: Trumpsim will survive for a long time. This election was nowhere near the landslide needed to eradicate it. The GOP actually picked up seats in the House and retained control of the Senate, while Trump himself received the second-most votes for any president in American history, with only Biden receiving more. Something about Trump’s conspiracy theories, attacks against the media, and hatred of various groups of people has struck a chord within various groups of Americans. Donald Trump’s ideology continues to grow and strengthen, and therein lies our work for the future.