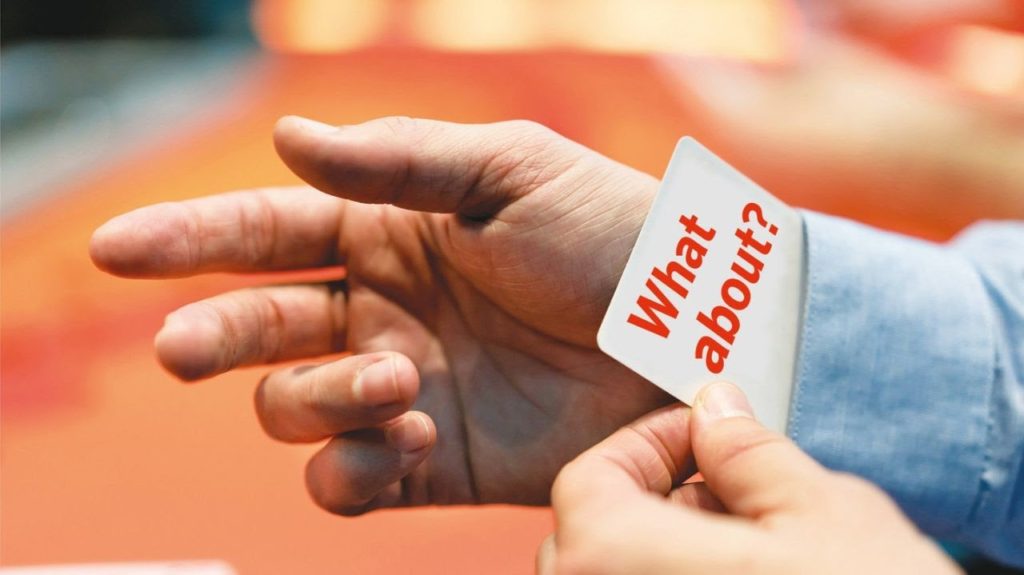 There’s nothing I hate more than whataboutism and hypocrisy; God knows how much we have seen throughout Trump’s presidency. But in the last month or so, as the race has continued to heat up,  I have seen more blant instances of Whataboutism, causing my attitude towards it to shift from eye-rolling to shaking my head in disgust.

From what I have seen, members of the far-right use Biden’s age as their main form of attack. They argue that he is too old and senile to finish his first term in office. While one cannot group Biden with history’s great orators, Biden proved his competence in the rare moments during the first debate in which he could shrug off Trump’s interrupting to deliver a coherent speech about his plans in office. Trump’s supporters ignore this, preferring to attack Biden’s old age and distract from the very valid concerns about Trump’s health: his obesity, aggression, slurring of words, and the strange way he stands. The right’s claims about Biden’s “dementia” are simply projections.

Secondly, I suspect that Trumpers have been trying to dig up dirt on Biden ever since he won the nomination. And they came up with the Hunter Biden story. Let’s ignore the fact that multiple members of the intelligence community have called this Russian disinformation. The whole story has to do mainly with Hunter Biden. The last time I checked, Hunter Biden isn’t running for president. So even if it’s true, this shouldn’t really hurt Biden. On the flip side, Trump is president. And Trump’s has some real, serious allegations concerning collusion with Russia, his huge debt, sexual assault and so much more. They will continue to hurt him, as long as people can ignore the right’s desperate distractions and keep talking about Trump’s real crimes.

Finally, let’s talk about the media. Ever since 2016, Trump’s campaign has used “fake news” as a rallying cry. In some ways, I actually agree with his message about the press. The big three, FOX, CNN, and NBC, have all become hopelessly biased and sensationalist. But a person who, after a long day of calling CNN and NBC “fake news” and “enemies of the people,” changes into their pajamas and turns on FOX News for a couple of hours perpetuates the problem that our country has with the media. We cannot avoid bias. But having only two news sources, one that slants to the right and the other slanting to the left, will make the truth much more accessible, and the gap between Democrats and Republicans will begin to close.

Neither side is perfect, and both sides draw rightful criticisms. But the right too often becomes blind to the faults of their side, and try to either forget about them or bury them by bringing up inconsequential issues. This leads to a sharpening of differences, and makes our country nastier and more polarized, leading to the modern political climate.

PrevPreviousYou have the right to vote, why not use it?
NextLooking Back on the ElectionNext