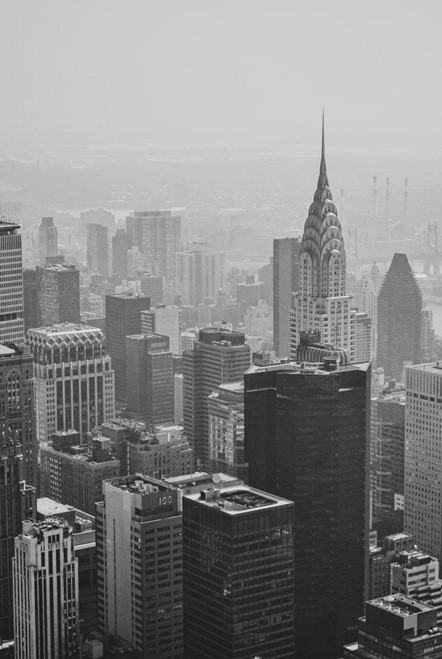 On that day 4 years ago…. By Carlos Rodrigo

I remember it like it was yesterday. The day most of us thought would never happen. A day that was so saddening, it turned New York City from the city that never sleeps into the city so quiet, nobody said a peep.

As a commuter student who would wake up each day at the crack of dawn to catch the train to go to school, barely making it at least 10 minutes before class started, I was no stranger to the crowd noises going in and out of the subway including everyday chatter on the train, typical beggars making their usual hypothetical public service announcements for spare change, and the occasional aspiring artist playing his/her tunes. That day, all of that noise was gone.

When I was still a student at Hunter College, a very liberal leaning college located in the heart of the Upper East Side. Banners, posters, and flyers were posted everywhere across campus, reminding students of the importance of voting. One particular candidate that had all the buzz at the time and who most students were very supportive of, was Bernie Sanders.

At the time his policies, related to Democratic Socialism, included free college tuition, higher minimum wage, and other things in his rhetoric were very appealing and enticing to most students at my school. At a school that was so culturally diverse and inclusive, it felt nice to see a candidate that reflected our needs and wants, especially, at a time when Donald Trump spewed his astonishing and insultary statements that included calling Puerto Ricans “Mexican”, Mexicans “criminals”, attacking and denouncing other ethnic minority groups, and calling for a border wall across the Mexican Border.

Most of the student body, including myself, brushed off the idea that Donald Trump would become President. “No one is going to vote for him” was the common phrase heard throughout the anti-Trump sphere. However, what we didn’t know was that we were in for a rude awakening.

When the news came that Bernie lost the Democratic candidacy to Hillary Clinton, many of us including myself didn’t see or expect that outcome to be a foreshadowing of what was to come. At the time, Clinton wasn’t most people’s first choice when it came to the Democratic ticket, but she seemed to be the proper fit. She had it all: she was smart, possessed an impressive political résumé, and she was the former First Lady, I personally thought she was the “better” candidate. However, at the time, I didn’t realize that her highly sophisticated image, her past endeavors, and her failure to really capture the American people’s attention would play a determining factor in her outcome. Nonetheless, I backed her and believed she was what we needed as a President. However, the year was 2016, so ambivalent, we were all caught off.

When the fall semester of that year began, the stakes were high and the energy in the school was vibrant. It was my first year as a college student that the Presidential election was around the corner. The countdown began and many of us were eager and hopeful to see the now-nonexistent outcome of Donald Trump losing the election. Now looking back, all signs pointed otherwise.

I had a calculus professor who was passionate about politics. Every day when class was held, we spent the first 10 minutes of class discussing the election. He was confident that Hilary Clinton was sure to win, and I believed him. Matter a fact, a lot of people including the media pointed all things in favor of Hilary. On the day of the election, he gave us his last speech, boasting and prophesying Hilary’s victory.

But on November 8, 2016, Unfortunately, we were dead wrong. When the news struck around midnight. The day we thought was never going to happen, it happened. Donald Trump defeated Hillary Clinton for the presidency with a total of 304 electoral votes in his favor compared to 227, despite Hilary capturing the popular vote.

The next morning, as I got up to begin my daily commute to school, I felt sadness in the air. The weather that day was a cloudy and gloomy day, with scattered showers across the tri-state area. The train ride to the city was a silent one. Nobody looked up. Nobody glanced at each other, nobody even said a word to each other. Everyone just kept their head down and walked to wherever they needed to get to.

As I slowly approached the school, I asked myself, how did we get here? What were the events that happened for us to get to this predicament? Why did this happen? All I could do at the time, was accept the reality of our situation. The American people spoke, and they chose their President. For the first time, if not the only time, New York City was weeping.

Fast forward to now, It’s 2020, and the election is fastly approaching. The question we should all be asking ourselves, as we inch ever so closer to November 3rd, is what will it take for us to prevent a day like that from happening again? History always had a funny way of repeating itself, but in order for us to prevent the same outcome, like on that day, from recurring, we need to be proactive .

And the answer I believe is….be Informed and registered to vote! I truly believed the lack of conversation around voting was a determining factor of what happened back in 2016. Check your registration, denounce “My vote doesn’t matter”, educate your friends and family about the importance of voting. Volunteer, donate, give back, anything that can and will prevent a second term. The power has been and will always be in our hands and we have the power to prevent a day like November 8th, 2016 from happening. Again. What will you do?

PrevPreviousDo Scandals Even Matter Anymore?
NextLeft or Right is not the concern, Extremism is.Next