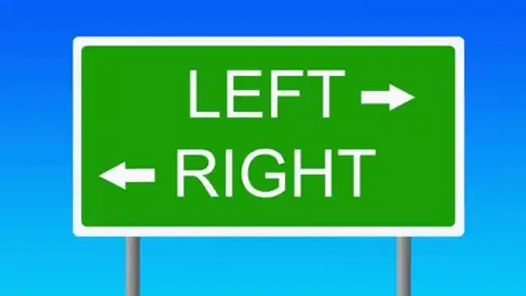 Left or Right is not the concern, Extremism is.

We are in electoral times, weeks before an election with unprecedented importance due to the polarization in which the country is at the moment. One of the arguments that the population tends to take into account when voting is the political party itself. No matter who the candidate is, many voters simply go either the Republican or Democratic side by default. This is a thought and an option that increasingly makes less sense, not all Democratic presidents have acted the same or have maintained their traditional values, the same happens with Republicans. One of the reasons for having this thought of voting depending more on the party than the candidate, is because of the association of each party with a specific ideology. Democrats are associated with the left and Republicans with the right. Certainly, these are the ideologies most closely attached to each party, but the United States is a country in which there is a great plurality of ideologies and each candidate has unique values and ideas to execute if winning the presidency. It is not a country where the foundations of the traditional left and right come to prevail.

However, we have seen in recent years how Donald Trump has polarized the country in such a way that he calls his Democratic opponents the Radical Left, that is why it is necessary to make a brief analysis of what it means to be radical in politics, with either of the two traditional ideologies.

This question has been much debated and discussed for several decades and still has millions of people in great doubt. Which is better, the left or the right? It is not a simple answer since we have many examples of both being effective, and also being nefarious. For the successful left, we have the example of Canada, Portugal and several countries in Europe where social democracy dominates, first world countries where its inhabitants have a high quality of life and where politics, instead of being a problem, helps to improve their lives. For the successful right, we have the example of Japan, Germany and Australia, among others in the past. It is important to note that, just as there have been successful governments on each side, there have also been great failures in both ideologies. The reality is that everything depends on how efficient the current government is, regardless of its ideology.

What is dangerous for any country and any society is extremism. Donald Trump accuses Joe Biden and the Democrats of being a Radical Left government should Biden win the elections. This is a very serious accusation that has consequences for voters and that has been denied on several occasions. It is totally false. Joe Biden is a moderate politician who does not have an iota of extremism. If we talk about extremes in this election, it could be said that Donald Trump is closer to being extremist in his politics due to his words and radical acts against various minority groups in the country.

Neither the Radical Left nor the Radical Right are effective, on the contrary, they are too dangerous for the country. There is an opportunity for a better future, go vote! Keep in mind when voting that whatever happens, the United States will continue to be a federal republic, a world power, and a free society in which no authoritarian president will succeed, but keeping them out of power helps even more.