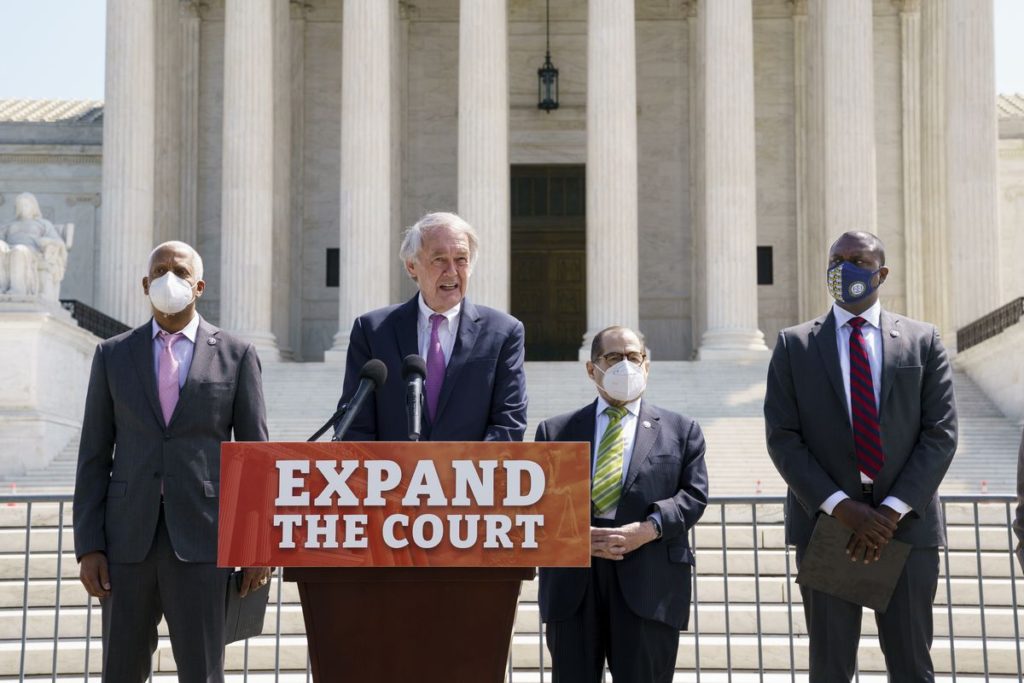 Should We be Packing the Supreme Court?

What Even Is “Court Packing”?

Rutgers Law Professor David Noll says “People often use “court packing” to describe changes to the size of the Supreme Court, but it’s better understood as any effort to manipulate the Court’s membership for partisan ends.” This means occurrences like only appointing Justices that respect precedent and won’t waver on that stance, or appointing a Justice during a Presidential election when past precedent decrees that the sitting President should wait are also court-packing. So court-packing doesn’t necessarily just mean adding additional seats to the Supreme Court, although that is an example.

What Does The Constitution Say?

The Constitution says little to stop the partisanship surrounding Supreme Court nominations. However, the constitution does not state a specific number of Justices that need to be sitting on the Supreme Court. There is no Constitutional block for court-packing.

Has It Been Done In The Past?

Not necessarily in the way it is happening now. The last major attempt at packing the Supreme Court was by President Franklin Delano Roosevelt in 1937 as a response to the Supreme Court striking down part of his famous New Deal plan. Congress didn’t end up getting on board with adding more Justices to the Court and so nothing came of the attempt.

On the opposite end of adding more Justices, Congress reduced the number of seats on the Supreme Court to 9 after the Civil War when President Andrew Johnson, a man known for his racism and overall awful policies, was elected. They wanted to stop him from having any Supreme Court Appointees.

What Are The Democrats Chances Currently?

Recently, Democrats have introduced a bill that would expand the court from 9 seats to 13, but experts say it has little hope of coming to fruition. Speaker of the House Nancy Pelosi said that she has “no plans to bring it to the floor”, and Biden himself is not in favor of expanding the Court, but he recently signed an executive order that set up a bipartisan commission to study reforming the court, examine the size of the court and inspect the idea of Justices’ lifetime appointments. The bill has little hope at the moment as it has no GOP support and many top Democrats appear to be hesitant as well.