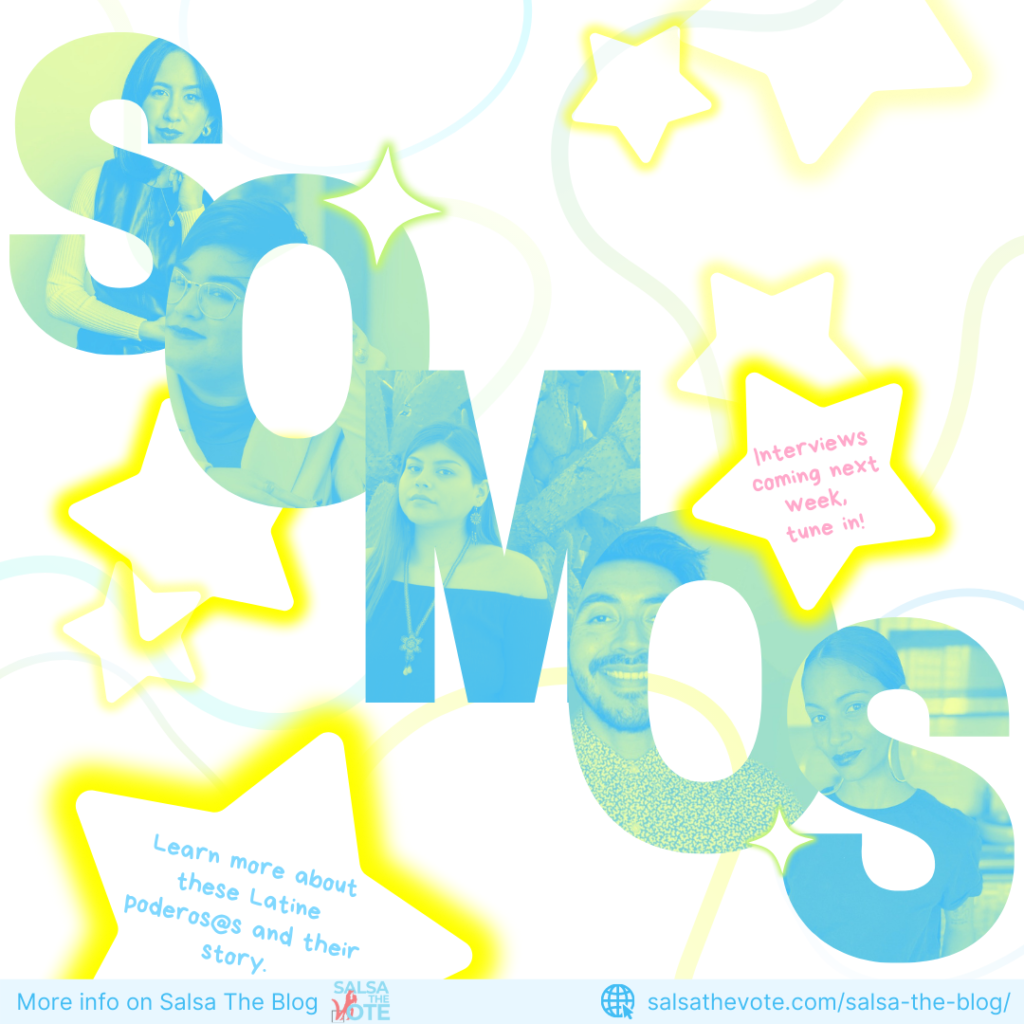 #SomosPoderosos Beyond Just Politics… and It’s Time to Embrace It!

With the New York City primary results officially out now, there has been good and bad news about who holds seats to the local offices of NYC. While we have seen so many Latine leaders win their race to represent our neighborhoods in NYC, the work is still not done and we must realize the power we have as a community beyond just politics. While we must fight for political power as Latine people, there are other sectors in which we can also fight for a spot.

Food is one of the most essential aspects of the way of life, and unfortunately, it has been turned into a form of oppression for marginalized communities. The politics of food has been used as a form to oppress people of color by restricting the quality, cost, and accessibility of food for communities of color. That’s why, as a collective community, food justice starts at the table with dinner talks about these issues and potlucks meant to serve each other. As food justice activist, Destiny De Jesus, explains: “have the talks [about food justice] with your family… let them know the importance of quality… and even cook for them, we have to support and serve the community.”

Cooking for each other is one of the many ways that we can share that community love, and when it comes to food, we desperately need that as communities of color. Because many of our communities tend to be marginalized, the food accessible to us is also marginalized. That’s why we see so many low-income neighborhoods filled with food deserts, which are areas that have limited access to affordable and nutritious food. Because food deserts tend to be hidden by the local McDonald’s and fast food chains within our neighborhoods, people don’t realize the ways in which food is used against us. Destiny understands this all to be true as a Bronx native, who grew up with food stamps/SNAP and only limited options for healthy food to choose from as a kid. As a result, Destiny advocates for better food and more accessibility of healthy food in our neighborhoods of color. “These types of [healthy and nutritious] food are not afforded to us, so we gotta work to serve each other, and that may even start with just cooking for someone.”

Money has always been one of those things that have been seen as a form of repression for our marginalized communities. Whether it’s the strict restrictions to financial assistance or the lack of accessibility to being financially savvy, money has been a fear and intimidating component to many communities of color, including the Latine community. While it is hard as a person of color to prosper and financially thrive, here are a few ways that we can take a hold of our power through money. Founder of Moneda Moves, Lyanne Alfaro, advises that we start investing! Whether that’s through community, ourselves, or local businesses, we have to “invest in ways that better our future!” Once again, when we serve others and share a love for others, we are creating the way that we see each other, and that, itself, is changing!

For those who have the funds, or like many Latine people, “the containers that many of us have filled with money hidden [somewhere],” Lyanne advises the community to turn that money hidden away into an investment. While we may have fears of banks for several reasons, storing that money in a savings account or putting it into stocks can help convert your money into higher amounts later on. Lyanne explains that “as we see the worth of USD currency plummet, we must invest into turning the money into a safe place before our money becomes worthless.” While money has long been used as a form of repression, we can take a hold of our money by being smart and savvy with the way we spend it and who we spend it on, don’t forget that!

Education has always been seen as a place of power, and even sometimes, a privilege for people of color. Especially for those in higher education, it is seen as a way to take up space in a place that disregards you not only for yourself but as well as the many that come before you. Education is not only a form of gaining power but also a tool for change. Our local Latino education enthusiast and online advisor, Benjamín F. Pérez understands the power of education for our communities of color. As someone born in America by immigrant parents, he knows that despite the ongoing pressure that he received as a first-generation student, his position as the first in his family to go to college was in itself changing the game for many generations that have come before him. Now he uses his experiences as a guide for current Latine college students juggling college life and everything outside of that as a person of color.

While deciding to pursue higher education is an accomplishment, it is not the only goal in life for our genté. Because so many of us understand the pressure that comes with college and outside of it, it’s ok to decide not to pursue college. Benjamín wants to remind people that college is just “a way, but not the only way.” He advises people to “find your purpose and what you would like to pursue” instead because not every path leads to the same destination, and we must remind ourselves of that. There’s as much power in taking up space in a position of power as there is realizing that it’s ok to want different things! “There’s a lot more to just failure… there’s a lot more that we experience as students of color that people forget about.”

Nonetheless, education is one of the biggest tools we can use not only to better ourselves and our communities but to also create concrete change through simply conversating. As Benjamín beautifully noted, “education is forever.” We’re not born knowing everything, so we must learn and use education of any form to do so. Whether it’s from reading books or having conversations with our family and their experiences, “it is a great way to stay attached to your roots, but also learn of the reality occurring around us.”

Art is usually disregarded as a form of advocacy and tool for change, but art surrounds us in almost every way, so why not use it to your advantage! Xicana artivist, Adriana Arriaga, also known as Adriana La Artista, understands that art can be political and that creatives can use this to seek change. As an artist, she uses her art to destabilize the conservative and traditional ideals of womanhood and uses her graphic design experience as a creative eye for community events and workshops. Using art to create empathetic messages behind them helps see debatable issues in a new perspective, and may change the way someone sees these issues. Additionally, you can use art to help out others already doing the work, as Adriana does with her graphic design skills. Whether it’s creating art as a form of resistance or a form of healing, art is and can be political and we can use that as a tool to fight back!

Law and the justice system, in general, are one of those sectors that are seen as outdated, and as a result, have caused their practices to produce and continue the same cycles of harm seen in our communities of color. It is one of those sectors that many people of color fear and feel they have no control or place in… but one fierce Borican Latina reassures her people that they have the rights and power to challenge the law. As the founder of the law-centered community organization, Bodega Legal, Stephanie Rivera helps the community realize they have rights and power through law by assisting them with any issues or questions they may have about their rights, both with law and tenant rights.

As an experienced lawyer, Stephanie has used her organization to bring community building in a new light through law. “The law becomes something that our communities feel entitled to, and that they have power and control over that they haven’t had in the past.” Just like how the bodegas in our neighborhoods feel like home and familiar, Stephanie hopes to do the same with Bodega Legal and make it a familiar and space of power, and not doubt or fear. As Stephanie mentions, law practice and the justice system, in general, is reactive, it reacts to pressure, so if we collectively put pressure for these changes, they will more likely react. That’s how we can take a hold of this system and law in general… Let’s put that pressure on to create change and better policies!

Here you have it! We are not just powerful because we resist, but because we build community and space amongst different ways. Remember, change comes with resistance in several places, and not just one…

***Watch more about their stories next week with our video interviews as we tackle these different sectors and the way we can take hold of our power in different ways. Tune in each day for a new conversation with these poderosos!