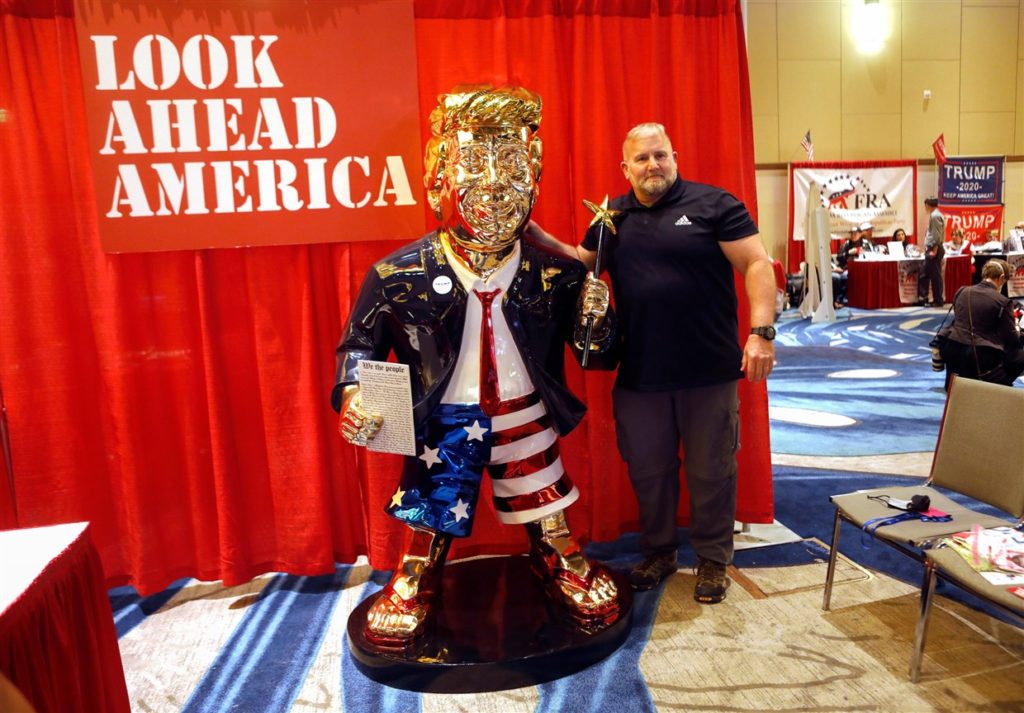 The Clear and Present Danger of Trumpism

Last week, the annual Conservative Political Action Conference took place in Orlando, Florida, and it was a bad sign for what’s to come for the GOP. What was put on display was scary, and no I’m not just talking about the EMBARRISINGLY off-key rendition of the National anthem that opened the conference, but the fact that the conservatives have all appeared to abandon their morals and give in to Trumpism. One of my favorite phrases I heard during the 2020 election cycle was “this is not your grandfather’s Republican party”, because I think it really rings true to what’s happening with the GOP today. The party is in the midst of an evolution, and not a good one.

In my opinion, racism, sexism, homophobia, and general negativity towards cultural advancement have been hidden behind the term “Conservative” for years, but what Trump has done is allowed that faction of bigoted people who resided in the Republican party to move to the forefront, and essentially ruin the reputation of the party. After Trump’s second impeachment and the end of his term as President, the Republicans had a choice to make. Would they stick with the man who has torn the country apart with his rhetoric and personal agenda, or would they revert back to the Republican party of Mitt Romney or John Kasich who are more traditional conservatives? Unfortunately, it appears that the Republican Party is not going to be quick to let go of Trump, and that’s dangerous to their party and the country as a whole. Like it or not, Trump still holds power over conservative politicians all over the country, and thanks to his insane fundraising for “legal fees” over the past couple of months, he has the capital to keep GOP politicians in his back pocket and control them like marionette puppets. Trump has even been threatening those fellow Republicans who spoke out against him as well. In a speech at the Conservative Political Action Conference last week, Trump singled out Senators Mitt Romney and Pat Toomey and House lawmakers Liz Cheney and Adam Kinzinger, suggesting he would support candidates who opposed them in Republican primaries. The CPAC showed very clearly that the majority of conservatives are still behind Trump, and it looks like his un-American ideals will be the driving force behind the party that’s supposed to be the patriotic one.

To me, it puts a pit in my stomach thinking about how Trump still has influence over so many people in politics and could run for office again in 2024. I still remember how I was glad that he won the Republican nomination in 2016 because I thought “there is no possible way that a man like that would beat Hillary Clinton”, which is why it scares me so much that I’m sitting here thinking, “there’s no way he could win the presidency in 2024”. I sit here at a loss of what to do about him. He’s shown his true colors time and time again, incited an act of domestic terrorism, and straight-up lied to the American people more times than I can count, and the Republicans still won’t take a stand. It appears that they are beyond our help, and all we can do is stay informed and continue to vote like our democracy depends on it… because it does.