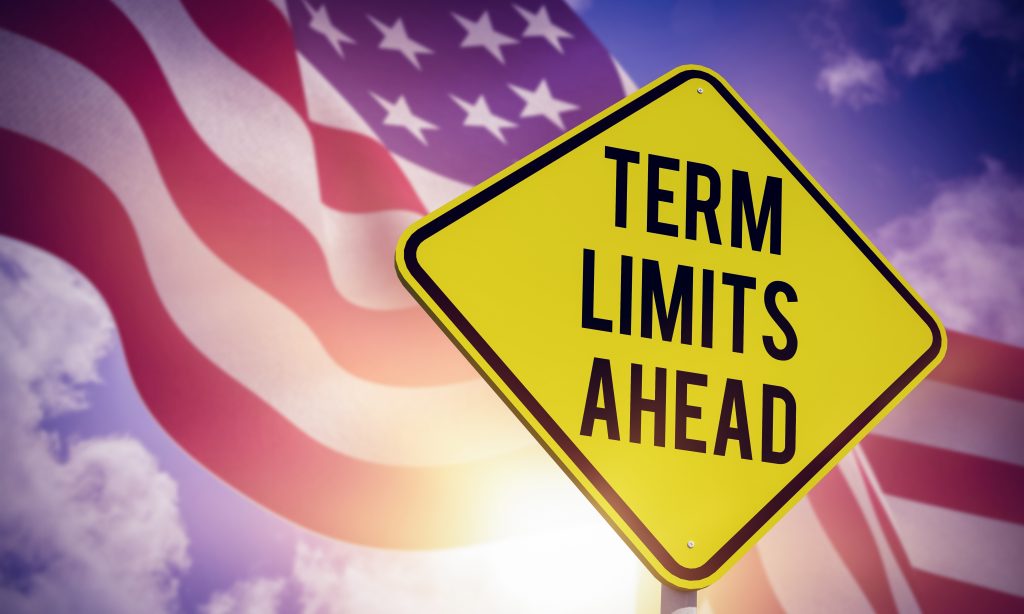 The Debate on Term Limits

The reasons I could find in favor of implementing term limits seemed to outnumber those against, so I will start with those. As a whole, the addition of term limits is considered a more liberal or Democratic policy, but there have been some on the Right who have come out in favor as well. The main argument for enacting term limits is that representatives will be able to spend more time on legislation and constituent concerns when they’re not trying to constantly fundraise to survive a decades-long career. Political reporter Tom Morse describes it as “many lawmakers view the work as a career and not a temporary assignment, and therefore spend much of their time posturing, raising money for their re-election campaigns and running for office instead of focusing on the important issues of the day.” Going hand in hand with fundraising is the aspect of lobbying and other special interest groups. Lobbyists often build relationships over time with representatives, which allows for more lobbyists and the groups they work for to have their way in congress rather than the average American citizen. Those in favor of term limits also point out that more turnover in Congress could be beneficial to the demographic representation of the American people in our government. Although Congress is becoming more diverse, the majority of Congressional representatives are still older white people. Adding terms limits would provide an opportunity for younger voices to be heard as they would have less of a hard time defeating older and more well-known incumbents. Another argument that I found very compelling was that once you’re in politics for a long time, you lose sight of what it means to be an average American. People that have been working at the highest level of government for 30 or 40+ years will probably develop different mindsets and agendas than their constituents.

On the opposite side of the spectrum, there are some arguments for not enacting term limits as well. The leading argument for the opposition is the sentiment of “we already have term limits, they’re called elections”. Some believe that if a congressperson were actually doing a bad job, the voters would replace them, negating the need for term limits. Going along with this, the opposition argues that implementing term limits would actually take power away from voters by not allowing them to re-elect someone after a certain amount of time in office, even if they were doing a great job. Another reason commonly cited for not creating term limits is that it often takes new legislators a long time to get the hold of writing and proposing legislation, and so there might be less legislation written if there are no senior members of Congress there to lead the composition. Finally, those against term limits say that we should respect the experience of seasoned Congresspeople and they are valuable because they know the rules and procedures like that back of their hand.

I personally am in favor of term limits. I think it would be beneficial to our democracy to have new people bringing in new ideas and perspectives at a relatively steady pace. Our country is an ebbing and flowing being, and right now the turnover in congress does not represent that. I’m not saying I only want Congresspeople to be able to serve 2 or 3 years in whole, I think the maximum time allowed to be spent in office should probably be 15-20 years, but I believe there should be a limit. I believe it would help bring down the average age of congresspeople closer to the average age of Americans and also allow the time and space for more people of color to hold positions. I would also point out that older people can still run for office even if term limits exist, so the addition of term limits would not limit the participation of older citizens who have more life experience the interests of their generation in mind. Overall, I’m hoping that some type of term limit is implemented soon, but we all know how slow things can move in government, so I might be 70 by the time a vote is taken on it!