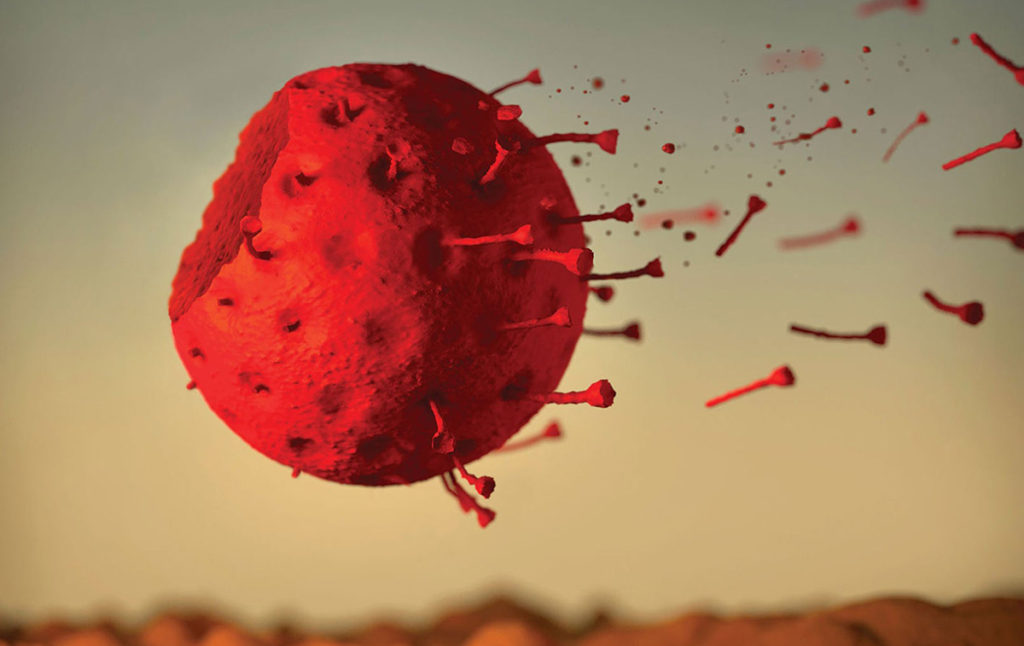 For months, no one took it seriously. When news of a mysterious Chinese virus began to trickle in around November, it immediately became a meme within my friend groups at college. Safe all the way across the world in Baltimore, we would crack jokes, like responding with “Oh, I hope that’s not the ‘Rona!” whenever someone coughed. But it crept closer and closer. When the word reached that the virus had entered Washington State, we began to shut up. Coronavirus had crossed the vast Pacific Ocean, our main line to defense, to enter our population. Months passed. And before I knew it, word reached us about the possibility of shutting down campus. During my last in-person class on March 10, my Health in Latin America professor tried to assure us that we would only close for a couple of weeks. But that day marked the end of my on-campus undergraduate career.

I don’t feel bad for joking about the virus, because I’m not going to pretend that I knew what was coming. No one did. And no one is joking now. It has hurt so many peoples’ lives, including mine. It tore away from me the second half of my final semester of college, my graduation ceremony, a family trip to Ireland, and so much more. But I know I’m lucky. It hurt, but didn’t destroy, my life. I have a comfortable home to stay in, and the pandemic has given me ample time to sit down, think about my future, and develop a plan for it. I know that most do not have that luxury, and have had to put their own lives and the lives of loved ones on the line to simply make a living and survive. The fact that our government has failed to protect its citizens from this humanitarian crisis, leading to the deaths of hundreds of thousands of Americans, is one of the biggest tragedies in all of this.

Over these past few weeks, the world has finally received some promising news about vaccines. Pfizer and Moderna have announced that their vaccines have efficacy rates hovering around 95%; in plain language, a vaccinated person has had their chances of getting COVID reduced by 95%. That accounted for the best news on the virus front in months, and yesterday, Astrazeneca/Oxford announced that their vaccine achieved a 90% efficacy rate. Although the success rate is slightly lower, Astrazeneca’s vaccine costs less to produce, and does not require the sub-zero temperatures that the previous two need. Especially since Doctor Fauci said that he had hoped for 70 to 75%, this vaccine news has awoken me to the possibility that I will finally see the end of this nightmare relatively soon.

Despite these three promising vaccines, the world faces a huge logistical challenge: the distribution of them. We don’t know how long immunity lasts, so in the next two or three months, we will see a huge rush to achieve herd immunity, vaccinating enough people worldwide—scientists say around two billion people—to give the virus no other hosts to infect and spread itself. We need to do this before the vaccines wear off. So, logically, within weeks, we need to produce billions and billions of doses, and then ship them safely, most encased in freezing temperatures, to every corner of the globe. It doesn’t help either that about half of vaccines spoil, according to WHO. In short, numerous industries, drug production companies, dry ice companies, and those companies that make protective gear need to step into overdrive for months and months. It will take a historic effort, and the process will take a long time.

I don’t know about you, but at this point I will take any good news I can get, and the vaccine news certainly counts for that. But we cannot fall into the trap that so many of us did—including my friends and I—at the beginning of it all: underestimating the virus. Continue to take it seriously, especially as our country continues to shatter records on a daily basis. The pandemic is as dangerous as it has ever been, and personally affect you more and more. I should know, my sister got it two weeks ago. Things will get better, but in the meantime, continue to mask up, use hand sanitizer, thank your healthcare workers who put their lives on the line day after day, and be conscious about the health of your fellow countrymen. We will get through this.

PrevPreviousTrump’s Attacks on a Fair, Free Election
NextHow I Got Into PoliticsNext