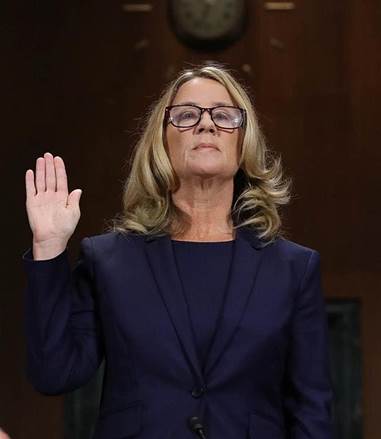 How I Got Into Politics

Being a foreign language major comes with its assumptions. “French and Spanish? We need more teachers right now!”, or “So how good is Google Translate?”, and “Stupid American…” from locals abroad. What studying a foreign language really means to me is studying another form of communication and understanding other countries’ cultures, histories, and political stances. But being multi-culturally competent has its downfalls: How do you fully immerse yourself with new history and stay up to date on your own?

During my second month abroad in Rennes, France, I started to see the political changes of my home country on social media. All of a sudden, my feed went from Throwback Thursdays to sexual harassment allegations against a Supreme Court Nominee. “A Supreme Court Nominee? And the White House fully supports the candidate? How?” I thought to myself. Being six hours ahead, I would stay awake all hours of the night to hear how the trial was progressing on Twitter and Instagram. Before I went to bed, I’d call my friends from home and all we could talk about was Christine Blasey Ford’s trauma, Brett Kavanaugh’s elitist boys’ school privilege, and the audacity of the United State’s government. Then I’d wake up the next morning and try to explain my frustration and disappointment to my host brothers in French and never left the breakfast table feeling heard and understood that this is an issue.

A few months go by and the yellow vesters move from Paris to my new little home town in France. My French university was shut down for three weeks due to the street fires and roadblocks throughout the city, but the surprising part was, this was normal. French society was accustomed to their right to protest for what they believed, while my family worried for my safety in a country other than my own. The only new part of this protest was the publicity. “Les Gilet Jaune” had gone viral; They were on the news all over the world for months. It was exciting and overwhelming to learn from the French themselves the importance of this movement, where it came from, and the politics that explained why it started. I was living through another country’s history and no one from home understood the impacts. This affected everyone.

The time came, I was preparing for my return to the states and it happened again. My Instagram feed made the switch to Alabama’s new abortion law. I was preparing to say goodbye to my new home and amazing friends, and I had to return home to a country that allows states to strip women of the right to their own body. We learned about women’s rights all throughout high school history classes, and now Roe v. Wade meant nothing? As a 19-year-old girl, I felt betrayed by the country I’d been looking forward to reuniting with. So I texted my dad, “How do I register to vote?”. I wasn’t old enough to vote in the 2016 presidential election that I’d been learning so much about in my high school government class and I never understood the importance of my vote after the fact until I went abroad, but I needed to make sure I would be able to do my civic duty when I got home. It was 3am back in the United States and my dad sent me the link in five minutes’ time. My hero.

Thanks to my experience in France, I wasn’t afraid to protest with the Black Lives Matter movement. That’s where it really hit me that there is power in numbers. People have the power and it’s our responsibility to use it before the government strips that away too. No one is perfect, and our government sure could use some improvements. My chemistry teacher used to tell us, “Chemistry is everywhere.” and while Mrs. Walters had a point, politics really are everywhere. They’re in the food we chose to eat, the media platforms we use, and the rights we live by, to name a few. It’s so important to educate ourselves and push for the change we hope to see, and voting is the most American thing we can do to help save our country. No matter where you are or what you do for a living, it’s never too late to register to vote and become educated in today’s politics. One more registered voter could save our right to bring administration to trial, our right to protest, and the right to chose what we do with our bodies. Our votes matter.