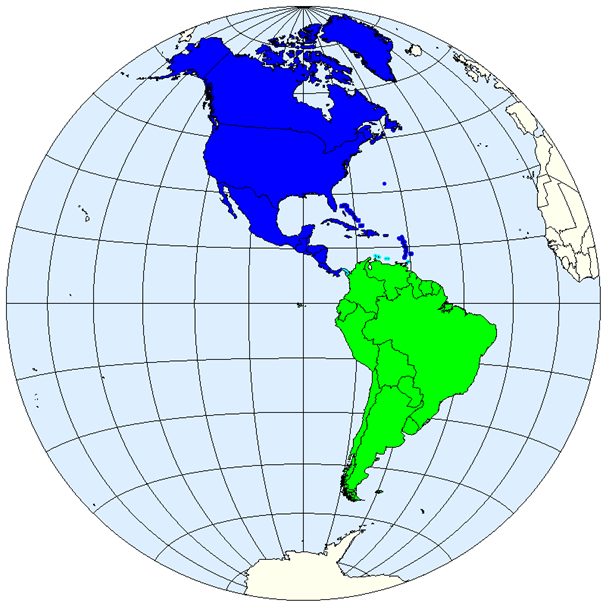 Going abroad teaches you a lot about yourself like what you like and dislike, what your favorite foods really are, and what you need to do to survive. Now surviving, that sounds drastic, but being abroad really teaches you what you need to do to continue being happy amongst all of the changes in your life; You need some kind of consistency to balance it all out. For me, that was my new friends. During my year abroad in France, I became friends with people from all over the world. My best friends were from Mexico, Colombia, and Peru, and we used to talk about stories and traditions from our home country. One day, my friend corrected me when I referred to myself as an “American”. Being from the United States can be tricky because we are so involved around the world that when you say you’re an American, everyone knows what you mean. However, “American” means so much more than just being from the United States.

As a citizen of the United States, our nationalistic heritage allows us to forget everywhere outside of our country’s borders. There’s a whole other America that’s stripped of their geographical identity by our naiveness. Being an American can mean coming from any part of the Western hemisphere. My Colombian friend corrected because because “American” is such a broad term. Where are you from in America? Chile? Costa Rica? New York? There’s no way to know from just one term. Unfortunately, the English language doesn’t have an adjective to describe a citizen of the United States as other languages allow, and defining myself as “estadounidense” or “des États-Unis” doesn’t work here in Western New York. The best thing we can do is be aware of the United States’ history in South America, and do our civic duties as citizens of the United States.

We need to remember that South America has earned their “American” identity throughout history. Besides invading Mexico, Cuba, the Dominican Republic, Honduras, Guatemala and Puerto Rico to steal resources, encourage discrimination and racism, and pressure dictatoral leaders towards violence and national profit, the incident that strikes me the most is the United State’s place in Argentina. During the 1970s, college students developing new ideas towards democracy and liberation were seen as rebels. Their educational developments were taken as a threat the the government and Argentina sent in United States-supported troops to kidnap these young adults. The mother’s of these late teens started a movement that continues to this day where they all meet at Plaza de Mayo to honor and protest their children’s disappearances, while the government was advised by the United States to respectfully, shut it. These are the Las Madres de Plaza Mayo. As a developing college student, I’ve been around the block a few times when it comes to differing politic views with my family, and that’s normal. Politics change every day and generational differences are a part of everyday life. However, these mothers were stripped of that opportunity to dispute thanks to United States’ influence.

So really, how do we define a citizen of the United States? Two words: our actions. As one of the “strongest countries in the world”, we are responsible for putting our best foot forward and actions always speak louder than words. Citizens of the United States are responsible for doing our civic duties. Following laws, paying taxes, educating ourselves, oh my! But the real kicker is voting. It’s the most “American” thing you can do! The other civic duties are pretty straight forward. I mean, I think we all know what jury duty looks like. Voting on the other hand, may be the easiest way to contribute to the society you want to live in, and as stereotypes say, we love good ol’ ‘murica, so help us define a true citizen of the United States by participating. This is really what “Americans” should be known for.

So how you you respond to someone fact checking your country’s culture? If you’re me, you’ll do your research, watch some movies (I recommend Romero or Missing), and start using air quotations to refer to “American” traditions and cultures of the United States. Maybe even learn a few languages that can properly define us as citizens! And you’ll vote to support the country and share your hopes for the futute. We are the future we want to see in the world and I hope to add a proper adjective for a citizen of the United States in my future.