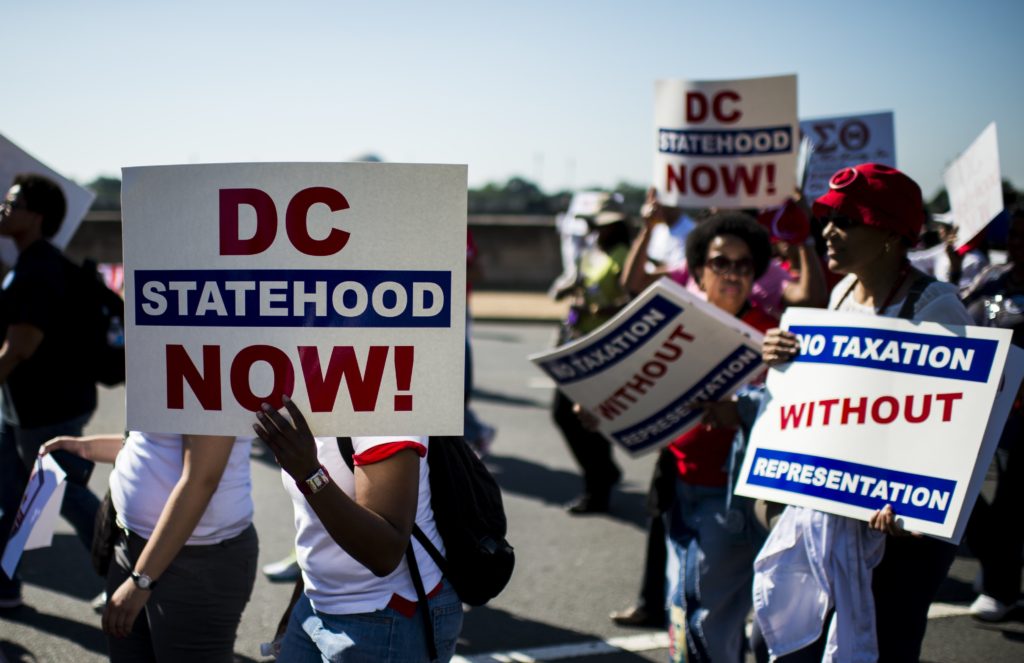 Why D.C. Should Become a State

The possible statehood of Washington, DC is not a new topic. Washington residents have been making a case for statehood for centuries, and in 2016, 86% of Washington residents voted in favor of statehood on a ballot referendum, but their cries have never been answered. However, since the 1980s there has been a much larger push for statehood which has been gaining traction and appears to be legislation that the Democratic majority Congress will work on passing during this session. On January 26, 2021, Tom Carper of Delaware re-introduced S.51, “A bill to provide for the admission of the State of Washington, D.C. into the Union” into the Senate with 38 of his fellow Senators co-sponsoring. It will be a while before any votes are taken on the matter, but a promising push is being made by politicians and activists alike.

There are a variety of reasons why D.C. statehood is the right way to go. Firstly, the “No Taxation Without Representation” slogan that helped ignite the American Revolution back in the 18th century. Residents of D.C. pay federal taxes without having any representation in Congress, or the Federal government. Washington residents actually pay more per capita to the federal government than any state! This draws a huge parallel to the fact that America was founded on the idea that we shouldn’t have been paying taxes to the British without representation in Parliament, so why is the same instance occurring centuries later? With no voting representation in Congress, the District has no say in confirming presidential appointees who run agencies or are appointed to courts. This also means that D.C. citizens serve on juries, and in the military without having full representation in the government they are in service for.

Another argument for creating D.C. statehood is fixing racial inequity and disenfranchisement. Washington is a majority-minority city, and the lack of representation affects hundreds of thousands of thousands of citizens who are already underrepresented in nearly all levels of government. Statehood.Dc.Gov notes that “If admitted to the union, the District would be the only plurality-Black state in the country. This would highlight on the importance towards making Congress more responsive to the needs of a diversifying electorate and fixing racial inequalities.”

Finally, from a partisan standpoint, it would be extremely great for the Democratic agenda. The District is one of the most liberal areas in the country, and the extra votes in Congress would surely help the left get more things done. Republicans have often tried to say that it would be unconstitutional or that it is just an attempted power-grab by the Democrats, but from what I can find, all the arguments against D.C. Statehood are either false information or are along the lines of “it would hard and a lot of work”. Yes, it would be a lot of work, but it would be necessary work. 700,000+ U.S. residents aren’t represented properly, and that needs to be fixed.